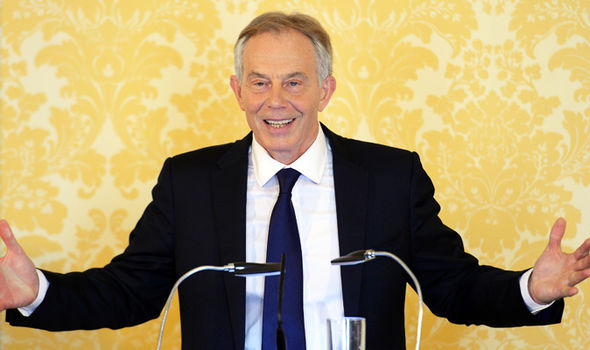 In a representative democracy we can always simply blame the messiah – not so with sortition, writes Daz Pearce.

Tony Blair is an important person in my life whether I like it or not. I was fifteen years old on THAT day in May 1997, a day we can safely say only representative democracy can give you. Sure, there was the 'fake spontaneous demonstration' at Downing Street as D:Ream became to that General Election what Baddiel and Skinner had been to England's oh-so-near-miss at Euro 96. But there was also hope, a vibe, a positive energy felt by millions – the Tories had been not just kicked out, but pulverised into near-irrelevance. Were they a fighter, it was the sort of beating that you'd point out many never come back from - half the cabinet had lost their seats, Scotland had launched them face first back over Hadrian's Wall and their remaining MPs resembled those Japanese ex-soldiers who appear periodically having been in hiding since about 1944, wondering where they were, how they got here and what the hell they'd missed.

The sleazy, tired, rudderless Tories thoroughly deserved it, of course they did.

That was one half of the story, Tony Blair was the other. Telegenic, charismatic and with an avalanche of good news for just about everybody, Blair presented New Labour as the political equivalent of some miracle cure for baldness, only the 'potential side effects' on the back of the bottle were, well, precisely none. No losers, only winners. No tough decisions required, not when everything's so simple to figure out. Tough on crime, tough on the causes of crime, education, education, education, The Environment will be at the centre of everything we do -  after all, it's the economy, stupid. The popularity of the New Labour brand in 1997 was indicated not by the fact that they won (just about anybody in a red rosette could have managed that) but the colossal margin of victory, a whacking majority of 179, an elective dictatorship in all but name.

I mean...why hadn't anyone thought of this 'third way' years ago?

As far as vast swathes of the population were concerned, Tony Blair was the messiah, a man capable of walking on water shortly before possibly turning it into wine. Unparalleled levels of prosperity, freedom, peace and opportunity awaited a grateful nation, who just had to leave him and his acolytes to it.

All of this came flooding back recently when the Chilcot report offered a damning critique of the way Blair and his government handled the lead up to the Iraq war as well as clearly failing to plan adequately for its aftermath. We all know what happened in the years that followed, that after 'the quiet landslide' of 2001, the unfolding disaster that was Iraq served as a gamechanger for many who had previously supported Blair, or a monumental 'told you so' moment amongst a significant minority who had always regarded him as slippery, suspicious and most certainly not to be trusted. The distinction between those who had never liked Blair (of whom I was one, I actually voted for William Hague at 19, think of that what you will) and others who felt betrayed by him in some way post-Iraq is a subtle but very important one to which I'll return.

Post-2005 Blair was damaged goods – now visibly ageing, no longer trusted, deeply unpopular and operating with a significantly reduced majority. And he knew it. Just in case he fancied deluding himself, along came David Cameron to make sure he got the message. 'Call Me Dave' was Blair 1.1, either an updated version made for the next decade or just the best Blair tribute act on the circuit at the time, depending on your perspective. Like Blair, he embraced 'third way' politics, a fusion of strands of the tribal right with strands of the tribal left. Just as Blair had come with an apology to the masses for Labour's previous forays into hardcore socialism, Cameron was repentant about Section 28 and the Tories' historical 'issues' with minorities and difference. Blair ditched Clause Four, Cameron told us all we needed was to hug a hoodie and get solar panels on our houses.

That Chilcot and the surprise result of the Brexit referendum occurred within a fortnight of each other, moving both Blair and Cameron into the past tense, seems both highly appropriate and somewhat fitting. Politically the two are inseparable, in fact the 18 months or so during which they 'opposed' each other has the feeling of a drawn-out Dr Who regeneration if you re-watch any of the footage. Like Blair, Cameron enjoyed a hot and cold relationship with the truth, broke election pledges with indifference and had what certainly came across as a causal approach to the initiation of force overseas. He was never as 'good' at this routine as Blair, the master, had been at his peak; neither of his general election victories were ever in the same ballpark as those that Blair achieved, nor did either generate a tenth of the euphoria experienced in 1997.

But it's precisely for this reason that he will never, ever draw the widespread revulsion that Blair does now. In a recent interview, Blair ducked a rather blunt question, “Why do you think so many people hate you?” The answer lies in who hates him most of all, their reasons for doing so, and a fundamental flaw at the centre of representative democracy: that of the so-called ordinary person in the street seeking a one-stop messiah, then ascending into self-righteous victimhood when he or she is perceived to have let them down, before repeating the process. I stumbled across this about a decade ago, when an acquaintance who had felt somewhat deflated by the Blair years howled, “And he had ALL that goodwill when he got in back in 97, THAT's why people like me are so angry.”

Yes, that's absolutely why so many are angry and despise the man, but the absurdity of this as a statement is just spellbinding when you take a step back from it for a second. That Karen in Telford has an enormous amount of goodwill towards Tony Blair, David Cameron or anyone else, is not going to make them any more fundamentally honest then they previously were, or possess them of any greater judgement, or even the pure good fortune that frequently makes or breaks careers in public life. If they were prone to cheating and lying before Karen's goodwill was bestowed upon them, they will continue to cheat and lie now. If they were determined to follow through ill-conceived and botched policies then the affirmation of an election victory will only increase that misplaced sense of drive rather than diminish it. Karen in Telford is entitled to precisely nothing.

Those people who disliked Tony Blair from the outset and thought he was a charlatan who needed careful watching, did not dislike him any more for having seen the Iraq catastrophe play out in front of them and don't dislike him any more for Chilcot having retrospectively sliced and diced the man. Their initial judgement has been vindicated, not enhanced or amplified. It's the millions who made an emotional investment in 1997, one of genuine faith that they later saw unfulfilled or even betrayed, who reserve the greatest degrees of bile and hatred for the New Labour legacy and its frontman. What is tragic about this is not the sense of betrayal itself, but that such an emotional investment was ever made in a politician seeking election in the first place. The darkest day was not the invasion of Iraq, or even the publication of the Chilcot report itself, but that supposed day of celebration in 1997.

Once we recognise that there is no 'messiah', no 'magic formula' and that we are not 'victims' who have been 'duped' into voting for such a person, then we also accept the financial and moral consequences of what they have done in our name. Very few people like to admit this, but the invasion of Iraq was actually very popular at the time, not because people honestly believed Saddam Hussein had nuclear weapons but because the idea of a 'bad guy' getting 'sorted out' appealed immensely, especially if they could watch the carnage unfold on television. Remember the disgraceful depiction of Charles Kennedy as a serpent in the gutter press? Or the attempt to create a simile between him and Neville Chamberlain, as some sort of 'appeaser' of despots and tyrants?

The real and wholly unintended benefit of Chilcot is that it gets these armchair generals off the hook and allows them to claim that they were acting on misinformation in initially supporting an aggressive foreign war. While it may make a few feel better about themselves there is something unedifying about the 'ordinary man in the street' roaring on carpet-bombing, invasion and the deaths of hundreds of thousands of people, watching the whole thing as 'entertainment' with beer in hand on television only to say, “Nothing to do with me guv,” years after the fact. It's a get-out-of-jail-free card that promotes a dangerous form of moral hazard that none of us deserve – one that representative democracy always affords us since we can simply blame the messiah, but sortition certainly doesn't. People who are confronted with the consequences of their choices will almost always make better choices than those who aren't, that much is clear.

Once we acknowledge this then we have to ask who we trust not to repeat the same mistakes going forward – a new answers man armed with shiny magic formula, or... people like ourselves dealing honestly with each other and taking responsibility for what we support when it is implemented? If you want to break the cycle of political bogus roofers promising you the earth but bringing misery, of 'false prophets' and 'messiahs' who invariably turn out to be duds, and of 'representatives' actively encouraging the infantilisation of you and others then the abolition of representative democracy in favour of sortition is something you need to start supporting and arguing for.

Nobody on this side of the fence will ever tell you it's easy, but that's precisely because people offering simple answers to complicated problems IS itself the problem. Take care.