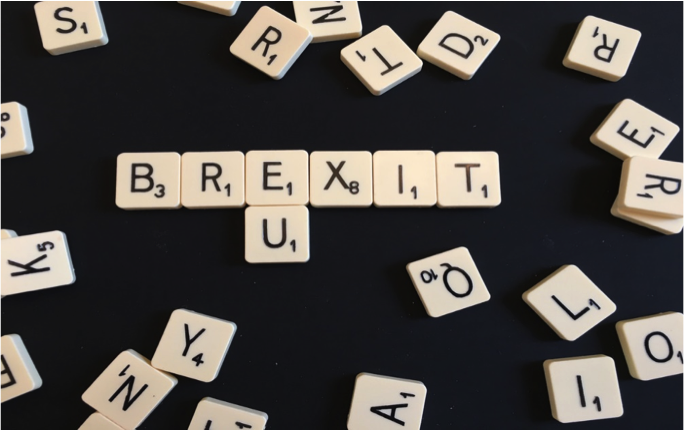 Samuel Jefferson was a full time Junior Doctor until only a few years ago. He’s now an award winning screenwriter, spending a lot of his time writing scripts for television shows or films. He’s also gay man in his late twenties, living in London, and someone who’s still constantly in his student overdraft.

When someone writes a film, there’s a tried and tested structure that they can follow; a sort of guideline for making it resonate with the audience.  A large part of the foundation for these guidelines actually comes from the work and ideas of Aristotle, one of the great thinkers of Ancient Greece.  One of these key structural points comes towards the end of the film, at about three quarters finished.  This moment is known as ‘the low point’, or more emotively, the ‘darkest hour’.  Basically the lead character of the film gets to a point where it seems like they’ve lost everything.  A point so crushing to their hopes and dreams that it seems there’s no hope for the future.  Billy in Billy Elliot is told he can’t go to the ballet school audition by his father.  Luke in Star Wars sees Obi Wan Kenobi die in a lightsabre battle.  Maximus in Gladiator is betrayed and captured, ready to be thrown into the colosseum to be killed.  I could give you a thousand more examples, but you get the idea.

For the majority of the young, University educated, middle class voters in the UK, it feels like our ‘darkest hour’ has come.  The EU Referendum has taken place, and by a small percentage, the people voted as a country to leave the European Union.  The statistics show it’s people like me who voted to remain.  This certainly seemed to be the case before the vote, as my Facebook feed filled with pro-Europe rhetoric over the last few weeks.  But now the same feed is filled with words of disbelief, anger, and genuine heartbreak.  Like a character from a film, my peers and I were caught-up in ourselves, unware of the defeat that was looming.

Shock and disbelief seem to be the primary sentiments, which makes sense, because we’ve only been hearing from each other.  We’ve only seen social media written by people just like us, people who grew up in similar towns and cities, who went to similar schools, to similar universities, and who then got similar jobs in similar cities.  The Leave camp was just Nigel Farage bumbling around on half-watched news interviews, and inflammatory headlines in newspapers we didn’t read.  There was a belief, in our heart of hearts, that Remain would win.  But obviously we’d not learned our lessons from watching Game of Thrones, and in a shocking turn of events, we lost.  We’d been kidding ourselves.  And the results show us something unsurprising; a country deeply divided by age, by education and by social circumstances.

I was a full time doctor for two years, before I decided to leave and pursue my dream of being a writer.  It was a decision I made in no small part because of the horrible working environment of the NHS, and the lack of respect or encouragement I felt as a junior doctor.  I have watched the recent issues with the Junior Doctors contracts continue to stamp out the passion and drive in my peers, leaving them miserable and frustrated.  But it isn’t just my doctor friends who feel like this.  Everyone around my age seems to be at a loss, as they struggle to find any passion for their jobs, or any worthwhile direction in their lives.

People wonder why alcohol and drugs are being used more and more; well, it’s because a whole generation is living for the weekend.  Instagram, YouTube, Facebook, Tinder, TV, Music, Film, are all pushing celebrity culture down our throats twenty-four hours a day, telling us we live in a world where can have anything and everything; that we are deserving and entitled.  But the reality is we can’t afford a house without Mum or Dad’s help, if we’re lucky.  In fact, we can barely afford the rent as it is.  An entire generation is having to confront the truth that it can’t have it all.  We aren’t deserving or entitled, and things won’t always go our way.  Radicalised groups out there want to come into our cities and shoot us down in our nightclubs and cafes, and because we see it all, even minutes afterwards, the world feels more than ever like a dangerous and frightening place.  And now, to make matters worse, it feels like we’ve lost our political voice as well.  (Notice how this article also has a ‘darkest hour’ point.)

But there’s still 25% of the film left to go, and this is the most important part.  The reason the ‘darkest hour’ point exists in a film is so the lead character can learn something, and come out of the experience stronger.  They might not get what they wanted, but they often get what they needed.  After the ‘low point’, the character, now changed somehow by the lesson learnt, rises like a phoenix from the ashes and surges on to an unstoppable victory.  This is the moment our generation faces.

We’re devastated to be leaving the European Union, but we can take all the emotive values we associate with it; equality, fairness, solidarity, true democracy, and fight for them.  We’re citizens of the world, made more so by the technological age we live in, where we can share ideas around the globe in an instant.  Never before in our history have borders been so meaningless.  Back home, we’ve been reminded there are great social gaps in our country, so let’s fight to fill them.  Let’s fight so everyone can have the same privileges we benefitted from, and the same opportunities to fulfil their potential that we had.  And let’s not stop there.  The world is just a wider view of the same problem.  The poor get poorer, and the rich get richer.  But we can be the generation that stands up and fights to bring the world together, to make it a fairer and better place for everyone, no matter what country they come from.

We’ve been looking for a cause, for a direction, for something greater than ourselves to work for, and I think I’ve found it.  It’s all well and good me using emotive language to make you feel like things are going to be okay, but it’s through action that change will come.  During the media storm following the referendum, I came across an article in The Guardian by David Van Reybrouck, entitled ‘Why elections are bad for democracy’.  In the article David explains a concept which gave me hope.  It’s not even a new concept.  In fact, it was around in Ancient Greece, when Aristotle was paving the way to the storytelling methods we use today.  The idea is sortition.

Essentially in our modern world we’ve come to associate democracy with having a vote.  You go to the ballet box, place a cross on one of the options, and that’s you done.  But as we’ve seen, elections and referendums have a fatal flaw.  For democracy to work, the population needs to make an informed decision, one based on weighing the facts, and working out what they believe is the best option, through engaging in conversation with the rest of their community.  We’ve seen during this referendum that the media can sway huge numbers of the populous with lies and fear.  The stance a certain newspaper takes can influence millions of people, whether they’re stating fact or not.  Newspapers are owned by corporations, with agendas and influences.  Politicians too aren’t telling the people the bare facts and expert opinions; they’re taking sides and making political choices, because in the end, they have a career they want to fight for.

But there is another way.  Sortition uses selection by lot, whereby a number of ordinary people from the population, people just like you and me, are selected at random to come together into a convention and deliberate together on the moral foundations of difference.  At this assembly the people hear expert advice and a balanced range of facts and theories, about the decision which faces them.  Then a decision is made after deliberating together in a fair environment, one which truly represents the diverse populous as a whole, and one made on an understanding of the genuine consequences of that choice.  And remember, this isn’t just a new idea someone’s cooked up that sounds good, it’s worked for thousands of years.  It’s even working today.  Canada used it in 2004 to make a proposed change to their electoral law, and Ireland used sortition to make changes to their constitution in 2012 to legalise same-sex marriage.  There have already been sortition conventions as a matter of routine in Belgium and The Netherlands  And they aren’t the only ones.  You can go away and google sortition and see what I mean.

We’ve had our ‘darkest hour’, and it should push us forward, united under a common desire to make a genuine difference with our lives.  I’ve decided to take action, and that’s why I’ve joined the Sortition Foundation, and I would encourage you to do the same.  It’s a group of dedicated volunteers, who have come together because they share the same ideals of making our democracy work fairly.  Go look at the website, go google their ideas.  Read about sortition, tweet about it, talk about it with your family and friends at a bar, or in the park.  Help get the word out there, and together let’s see what difference we can make.  The Sortition Foundation are already doing things. The G1000 is an opportunity to see sortition in action, and they’re planning the first UK meeting of its kind in Cambridge very soon.  I know a great many people who still feel like they’re in their ‘darkest hour’, and that’s why I’ve written this piece.  I know this isn’t a film, this is real life, but if we try, and I mean really try, we can ensure that together our generation is known for doing something great, something akin to always fighting for the happy ending we so love to see on screen.