Exactly how representative of the UK population is Westminter? 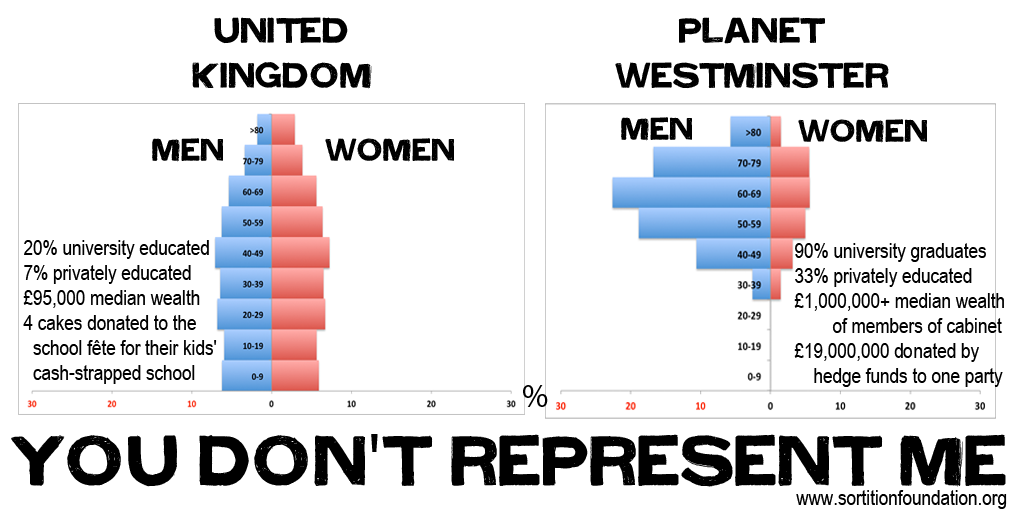 Not very! These figures show that, as expected, politicians are overwhelmingly old and male, and no doubt far wealthier than most of us. Would this effect the legislation that they pass? We think so.