Building a democracy fit to tackle the climate crisis 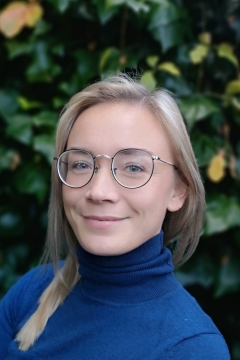 An interview with Katie Gallogy-Swan, Policy Co-Ordinator at the Global Development Policy Center and UNCTAD. The interview was in conversation with Will Stringer, campaigner at Sortition Foundation

Can you remember when and how you became interested in addressing the climate crisis?

From a teenager I was interested and supportive of environmentalism, but the primary starting point for my politics is an interest in class politics and internationalism. An increased focus on climate began for me when I realised that climate change was an outcome of the gross inequalities and structural problems in our economy and society. The climate crisis is the material outcome of a confluence of injustices like gross inequality, imperialism, and colonialism. It became apparent to me that the things that I really care about - global justice, working class solidarity and anti-imperialism - are necessary to taking on climate change. The people who are impacted the most from climate change are the people that are most marginalised in their communities, countries and regions.

How would you describe the state of democracy now?

We have to be cautious that there has ever been an ideal democratic situation. However, there has been a conscious delinking of accountability between citizens and their national governments in recent decades that has extracted decision making into supranational bodies. This primarily benefits a system of global finance that doesn’t want to have different national jurisdictions that impede their movement around the world, and means that the most important economic decisions often have very little democratic basis. So, at the top level power has shifted towards capital, but at the other end of the spectrum you also have a degradation at the grass roots and local level.

While it’s difficult to make sweeping generalisations, national governments that have been losing power during hyperglobalisation have been centralising at the same time and thus depleted local government representation and local community connections. Civil society actors, primarily unions but also other community groups and issue-based organisations, have also suffered through direct attacks on their infrastructures. This translates into  the erosion of an ecosystem of networks that would have been the lifeblood of communities - a vital direct link into democracy at a local level. Of course we shouldn’t idealise that past too much - those systems were deficient with patriarchy and racism and other inequalities. But what we can recognise is the need to reinforce what is still there and rebuild.

What do you see as the relationship between resourcing people to reinvigorate democracy at a local level and make changes at a national level - is there a conflict?

As much as climate change has often felt at the local level most acutely, it requires international cooperation for it to be effectively tackled. We require  a chain of accountability at all levels so that it isn’t just commitments being made at a big summit that don’t actually translate into reality - because that is what we currently have. Instead we need multiple methods of accountability, effective in different ways - up, down and across. That means thinking about new institutions and new ways of connecting the global to the national to the local.

One of the push backs that we hear is, ‘we need to make local democracy work before making changes at a national level’. But just because it is insufficient now doesn’t mean we have to choose one or the other; it means having to do many things at once to achieve a just transition that is sufficient at the local, national and global level. So yes, it we do need to create a strong and more resilient democratic situation at the very local level, because that is wherelocal responses to climate change must be negotiated.

But there are key decisions that happen at a national level too, like fiscal decisions. The national level is still the primary arena in which the social contract between governments and citizens is upheld. This means that there has to be a reform at a national level that incorporates more democracy, whether that be a House of Citizens or other sorts of citizens’ assemblies and deliberative methods. At the multilateral level we also need to take on the fact that there is currently too much corporate capture and domination of imperial countries. If we are changing things at a local and national level we need to do that at the multilateral level too. That means rethinking our often very undemocratic, global infrastructure of governance. Our task is not to pick which level, but to revamp them all and make them better connected so that they are up to the job.

As you were speaking it made me think about how building new foundations of democracy on a local level can strengthen the trust in the social contract on a national level. But I’m curious to know, what could a new social contract look like?

Deliberative methods are about building trust, but also about building a mandate to take difficult decisions. The road between where we are now and a zero carbon future is going to include some tough decisions which should not come at the expense of people who are already marginalised, but the decisions will be difficult nonetheless. That puts governments in a tricky position; we’ve seen the scaremongering from political quarters who would rather continue to extract oil than face the realities of the just transition that needs to start happening now. In order to get over that scaremongering, we need to be able to have a much more efficient way of bringing citizens up to speed with the choice of options out there, negotiating and deciding together which route we’ll take. Whilst of course, having agreed non-negotiables, that people who are already marginalised should not lose out further, and that we can’t increase our carbon emissions.

It’s often an argument that we already know what to do and we just need the handful of people and companies who have the most power to get it done - what would your response be to this argument?

Be very wary of any solution that poses the answer as a few people with a lot of power change their minds, because those few people could soon lose that power or have a different perspective. High level political buy-in can accelerate things, but the issue has been the inequality of power, and the capture of that power by people and companies that seek profit from it. The idea of ‘a few good people’ in power making good decisions is paternalistic, short-term, and lacks the positive impacts on people’s lives that we think it might. In short, elect the right people - fantastic, but we have seen that this isn’t sufficient to change a long-term multi-generational issue. It also misdiagnoses the problem, thinking that having someone else in power will fix things will neglect the insecurity that people feel and that is increasing reactionary politics around the world. Many people feel like they don’t have control over their own future. If you’re not going to tackle that, then you’re setting yourself up for further failure.

How is the House of Citizens a part of the change?

We need an arterial system of deliberation that runs through the local and the national level, that can also address other challenges like regional inequality. I could imagine for example, a House of Citizens that sits somewhere outside the central belt.

A challenge is that when talking about democracy there’s a lot of rhetoric on this subject, but it often doesn’t translate into meaningful participation or engagement. That’s the difference, will there be a material impact? I don’t see the House of Citizens as a wishy-washy idea with nice words, functioning to grease the wheels of a policy getting through. It’s got to be transformational and ambitious, and push people out of their comfort zone.

If people are looking for some further to look at on this subject, what would you suggest?

My own work focuses on the multilateral question of governance, and I would encourage anyone interested in what I’ve been saying to read this short analysis about the project I work on, focused on what it would take to achieve a global green new deal to secure climate and economic justice.

I would also encourage folks to up their involvement in their union and activism more broadly - more organising is how we win more democracy. If you’re specifically interested in getting involved in a movement for climate justice, then the folks at Green New Deal Rising are doing amazing work at holding leaders to account and building a vision for a just future.