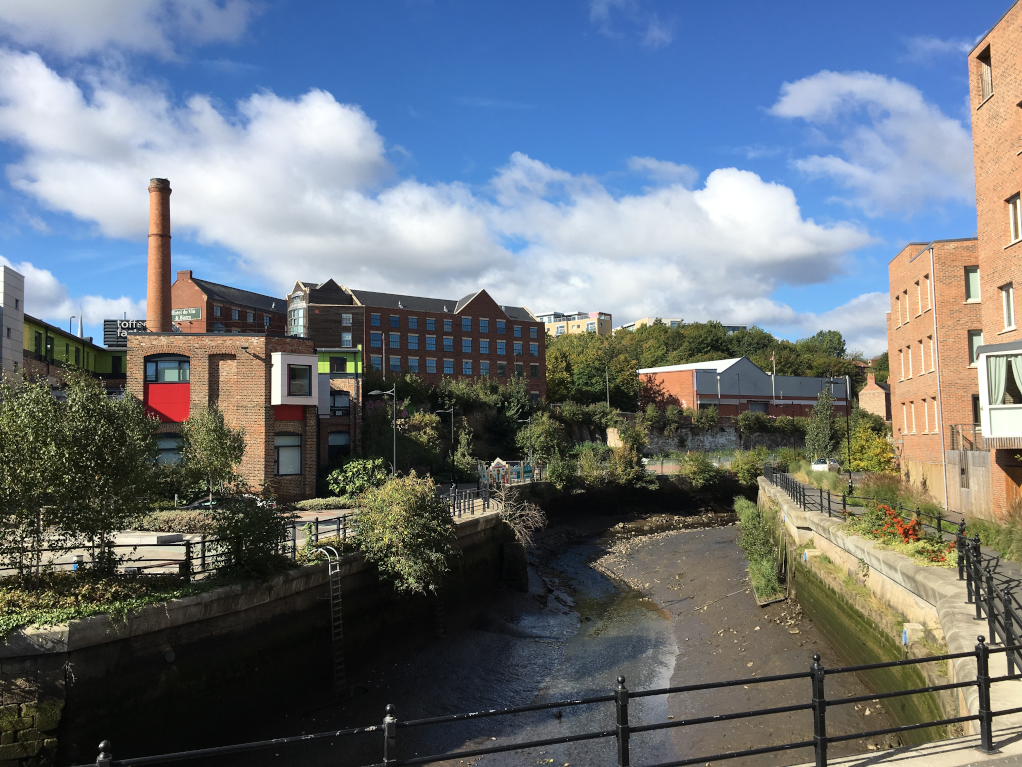 On 4 March 2022 we transferred the details of 25 people living in and around Windermere to Involve and the Environment Agency. These 25 people will serve on the Windermere Citizens’ Jury on Rethinking Water. This citizens' jury is the fifth and final jury commissioned by the Environment Agency on the subject of water. Each of the five juries has involved 6 sessions considering the question:

How do you connect with water in your local environment, and what needs to be changed in the future to benefit people and wildlife?

Full details of the series can be found on the Environment Agency website. The five juries have taken place in and around:

Recruitment for these five citizens' juries was done by Sortition Foundation and, to give an idea of our process, we describe below what we did for the final two juries, Thames estuary and Windermere. In every case the process followed our standard two-stage sortition template in conformity with the OECD's good practice principles for deliberative processes for public decision making. 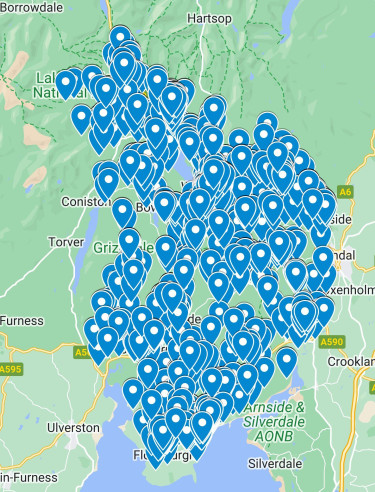 For each jury we randomly selected 5000 addresses from the region (200 for each of the 25 jury members that were needed). Each of these addresses received a letter in the post inviting residents to sign up as potential members of the citizens' jury. We have learned from previous experience that people who live in more deprived areas tend to be less likely to respond to invitations of this kind, hence the random selection was weighted as follows: 80% of the addresses were chosen from the whole area; 20% of the addresses were chosen specifically from more deprived areas.

The invitation that we sent out included a summary card as well as a letter and FAQ. The image below shows the summary card that we used for recruiting people from the Thames Estuary region. 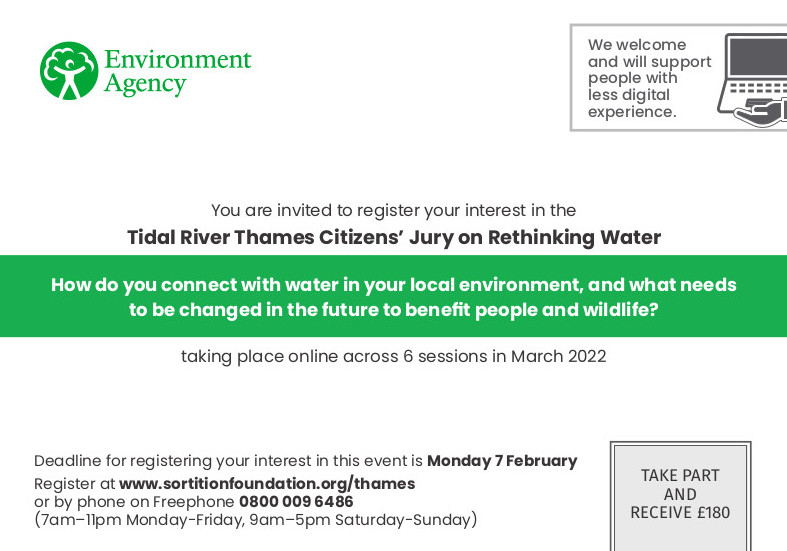 As part of the sign-up procedure, all potential participants were required to share some basic information about themselves. We asked them to share their address, their date of birth, their gender and their ethnicity. Finally, we asked "How concerned, if at all, are you about climate change, sometimes referred to as 'global warming'?" This question was asked to ensure that there was a wide range of starting opinions about environmental issues, given this is the specific subject that the assembly was tasked to consider.

We then used this information as input into a "sortition algorithm"; this is a process of randomly selecting our 25 panel members from the pool of 97 (or 98) potential members in such a way that we have a representative sample (so, for instance, the age profile of panel members is broadly similar to the age profile of the  population as a whole). For the climate change question mentioned above we used IPSOS research on this question. The algorithm that we use has been mathematically proven to be the fairest possible.

In addition to the information about gender, age, ethnicity, disability and climate concern mentioned above, we also used the address of each respondent to hit one further targets:

As an example, details of the selection process for the Thames Valley Citizens' Jury are summarised using the following pie charts, with further information following. 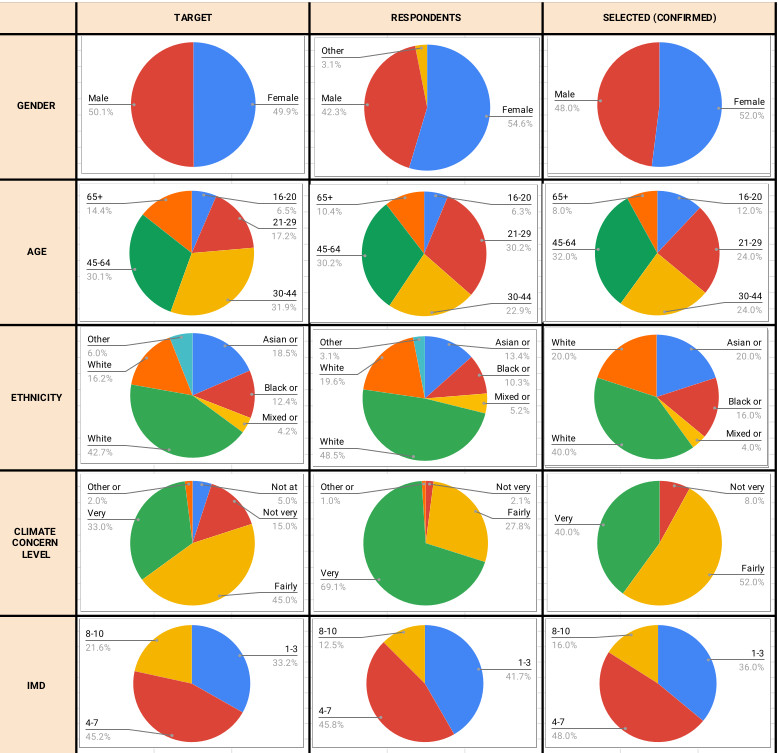 A note about the gender pie charts is important: you will see that 3% of respondents had a gender identity other than "male" or "female". Since there are no good population statistics available for people who identify in this way in the UK, our target pie chart only has values for "male" and "female". To ensure that this 3% of respondents were treated fairly we manually adjusted the algorithm so that this 3% of respondents had the same likelihood of being selected as the remaining 97%. On this occasion, our random selection did not result in any of these 3% being selected hence, as you can see, the selected jury members all identified as male or female. We very much regard this method of operating as a stop-gap measure -- our hope is that after the results of the 2021 UK census have been released, then we will have good access to statistics about how UK residents identify their gender and we can use this information directly in our random selection.

Recommendations and presentations from all juries can be found on the Environment Agency's dedicated page. The plan is that "the citizen juries’ recommendations will be presented to our board and help us prioritise our work to achieve our EA2025 goal of healthy air, land and water."