The final report from the Irish Citizens' Assembly on Gender Equality

From recommendations on childcare to quotas on representation and constitutional change, the 100 members of the Irish Citizens’ Assembly on Gender Equality have spent six months deliberating on how to make Irish society more equal, with 95.6% of the members in favour of the final letter sent to the Oireachtas, the Irish legislature.

The full report includes a chapter by the chair Catherine Day, which reflects on the process and how it could be improved. She notes the importance of citizens' assembly processes, and draws attention to some limitations of the process in this context, in particular where assembly members were asked to draw up alternative language to the existing constitution. She also notes that how the selection was carried out skewed the sample to those people likely to be at home during the day. 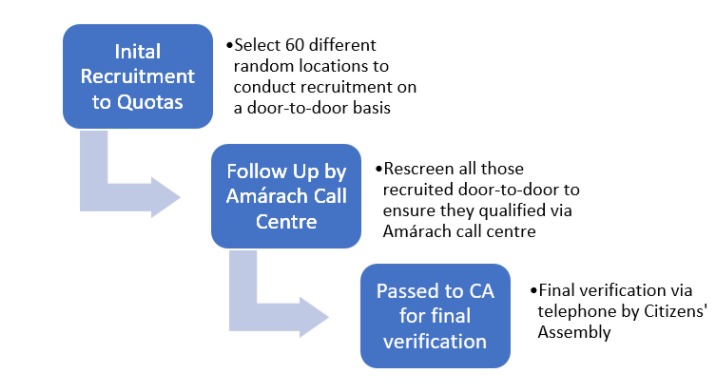 Some of the highlights of the recommendations are to remove the phrase “woman in the home” in Article 41.2 of the Irish Constitution with gender-neutral language; to enact gender quotas of up to 40% for elected politicians, publicly funded bodies and private sector organisations; and appointing a Victims/Survivors Commissioner as an independent advocate for those who have experienced domestic, sexual or gender-based violence.

Of the 100 members of the assembly, 99 were randomly selected; the chair was appointed by the government. The assembly began with two face-to-face meetings, pre-COVID, and the assembly was temporarily suspended, but resumed its work online in July, with a total of ten meetings in all.

As well as submissions by expert speakers, the assembly received over 280 public submissions, from both individuals and organisations on matters ranging from the rights of migrant women to the issues facing single-parent families.