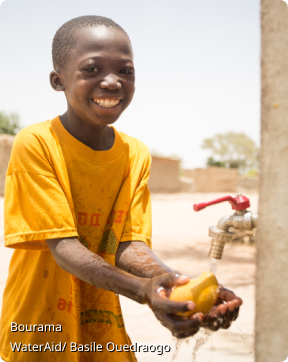 On 24 October 2022 we selected 14 people from within the staff of the charity WaterAid. WaterAid is an international non-governmental organization, focused on water, sanitation and hygiene. It was set up in 1981 as a response to the UN International Drinking Water decade (1981–1990).

The 14 staff we selected will form part of the internal governance structure of WaterAid -- they will represent the interests of staff in the decision--making processes of the whole organisation. This is a new and interesting line of work for us. We see huge potential in the use of sortition as a way of informing and enhancing the governance of large organisations. Brief details of the sortition process are below.

WaterAid did some internal communications asking staff if they were willing to be a part of a committee representing staff in governance discussions within the organisation. The invitation was open to all staff except for Senior Leaders. This call resulted in 229 WaterAid staff being eligible to form part of the committee.

As part of the sign-up procedure, all potential participants were asked to share some basic information about themselves. The first three categories were very standard for sortition processes: age, gender, ethnicity; the second three categories were specific to the structure of WaterAid: job grade, location and "directorate" (meaning the area of WaterAid within which the person works).

We then used this information as input into a "sortition algorithm"; this is a process of randomly selecting our 14 committee members from the pool of 229 potential members in such a way that we have a representative sample (so, for instance, the age profile of committee members is broadly similar to the age profile of the staff population in WaterAid as a whole). Details of the specific algorithm we use, including information about the fairness of the algorithm, can be found here. 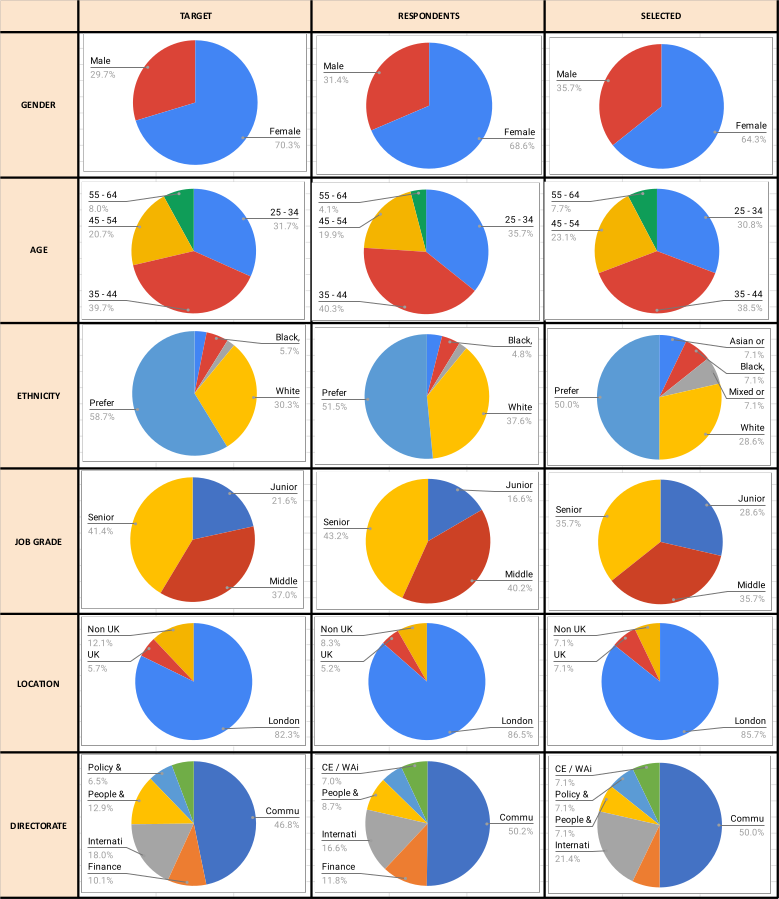 The pie charts on ethnicity are worth a brief note: just over half of our 229 respondents chose not to disclose details of their ethnicity. Our response to this was to stratify our selection for ethnicity so that 7 of the 14 people were chosen from the group who did not disclose and the other 7 were chosen with targets reflecting the overall profile of the WaterAid staff group.

The committee has now started meeting. We hope to hear back from WaterAid to hear how this innovation in internal governance has affected the way the organisation works...