A Citizens’ Assembly for the Scottish Parliament 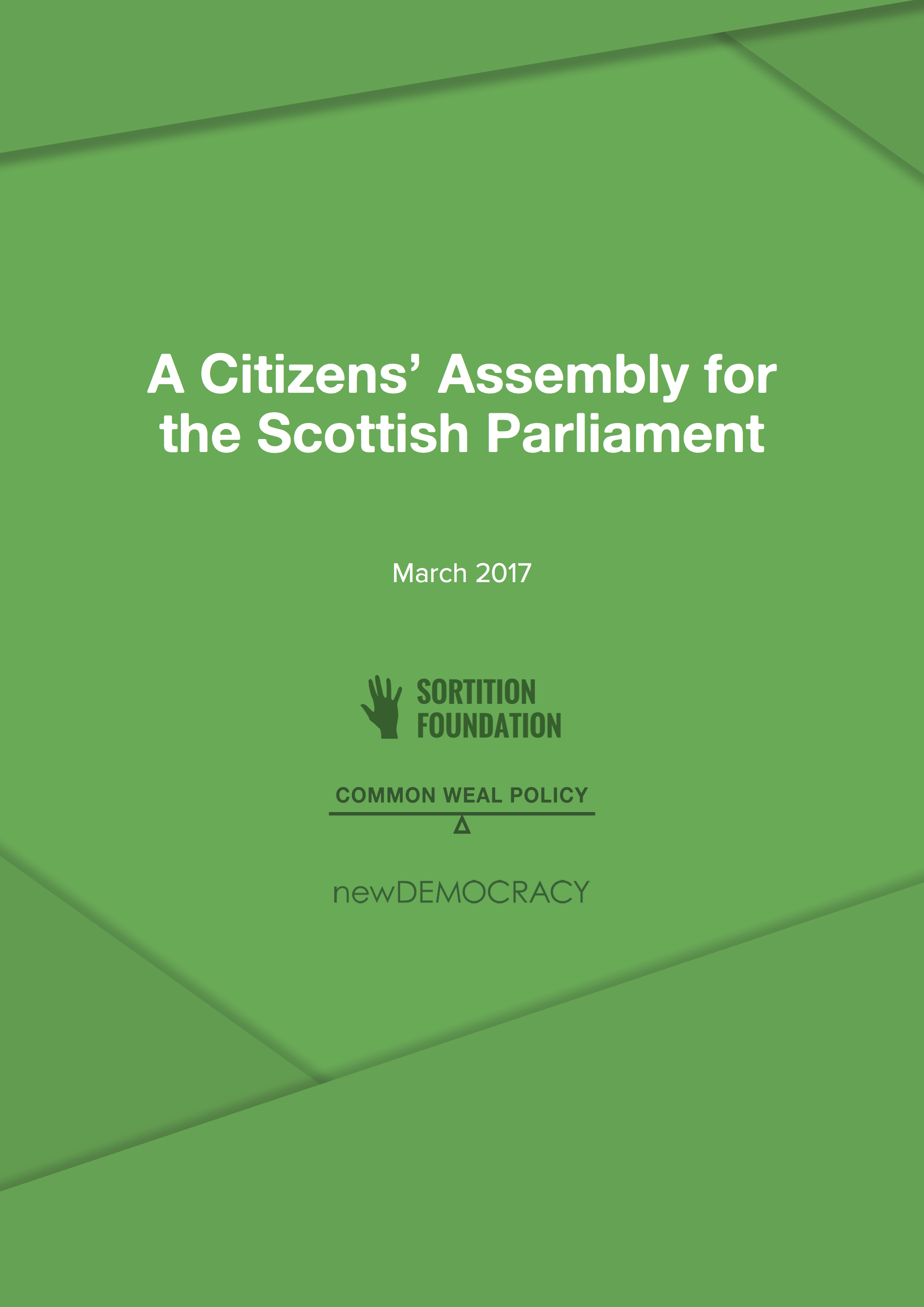 How would sortition be implemented in practice?

A new paper proposing a second chamber for the Scottish Parliament, selected using sortition, has been published by the Sortition Foundation in collaboration with Common Weal Scotland and the newDemocracy Foundation. It gives a detailed answer to the question of implementation.

Initial (somewhat inaccurate) press coverage by The National was okay, except for the unhelpful headline which focused on the proposed salary and called assembly members Scottish 'Lords'.

A (sold out) talk at Edinburgh University will discuss the merits of the proposal.

The full paper can be accessed here.