In February and March 2022 we recruited 42 participants for the Electricity Futures Citizens' Panel, which is meeting online from March-May to address the question "How can we help people to have low carbon heating, and what will it mean for me and my community?". 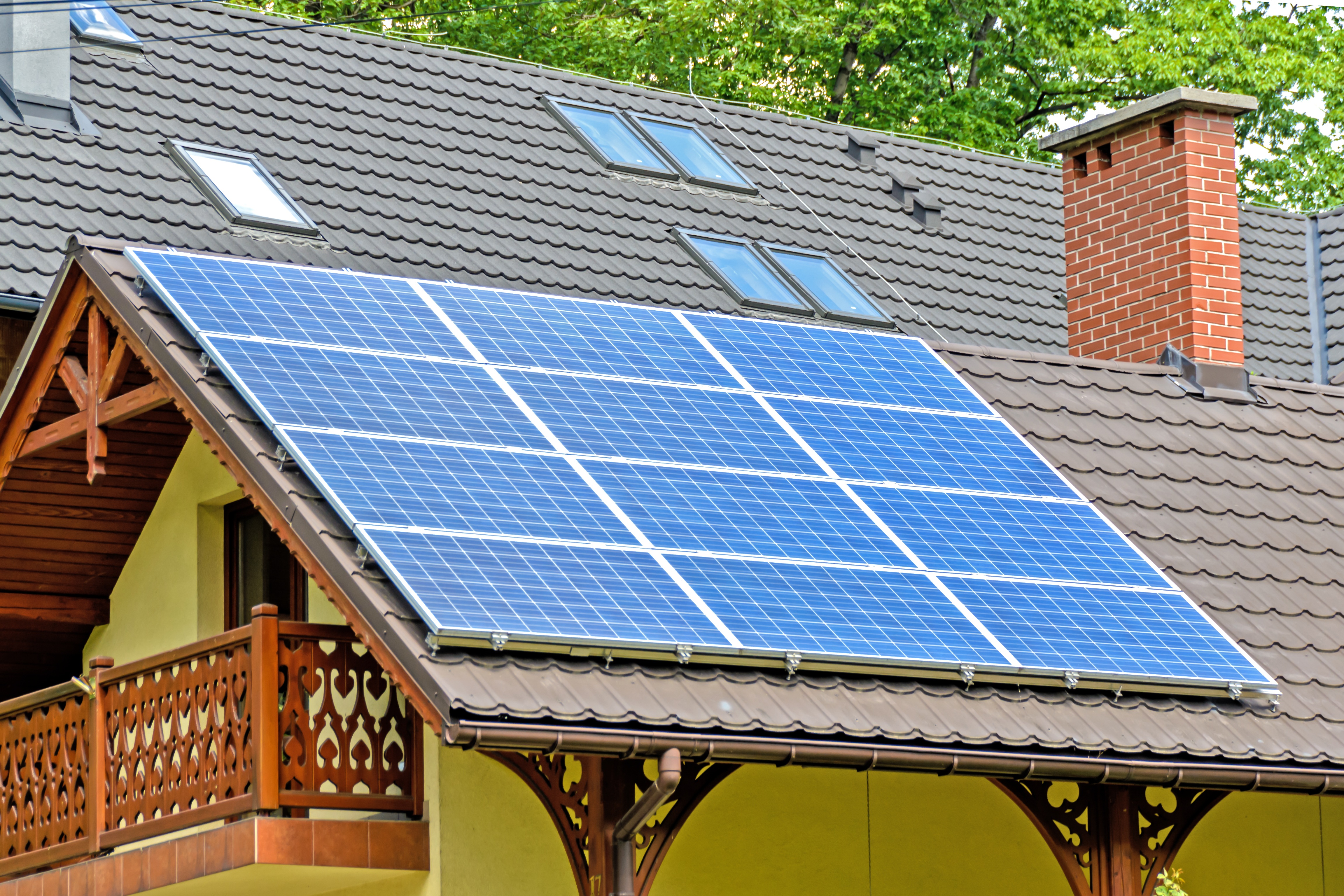 The panel has been convened by UK Power Networks which is an organisation that owns and maintains the electricity cables and lines across London, the South East and East of England, and wants to work out the best way to support households to make the switch to low-carbon heating.

Below we briefly describe the details of this recruitment process.

We emailed an invitation to over 3,000 people who live in the areas of the UK served by UK Power Networks to take part in this process. The potential participants were drawn from people on our database who had previously registered an interest in similar processes, because the timing of the event meant that it would be too time consuming to go through a randomised postal invitation process. If this innovative citizens' panel process proves successful then it's possible that we will use randomised postal invitations in the future to support further rounds of the panel with new participants.

Participants in the citizens' panel will receive £210 to thank them for their time.  Invitations were open for one week and at the end of this time 434 people had registered their interest in taking part.

All potential participants had previously shared with us their address, date of birth, gender and ethnicity.

We then used this information as input into a "sortition algorithm"; this is a process of randomly selecting our 42 participants from the pool of 434 people who registered an interest in such a way that we have a representative sample (so, for instance, the age profile of participants is broadly similar to the age profile of the population as a whole). The algorithm that we use is the fairest possible.

In addition to the information about gender, age, ethnicity and address mentioned above, we also used the address of each respondent to hit one further target:

Details of the selection process for this event are summarised using the following pie charts: 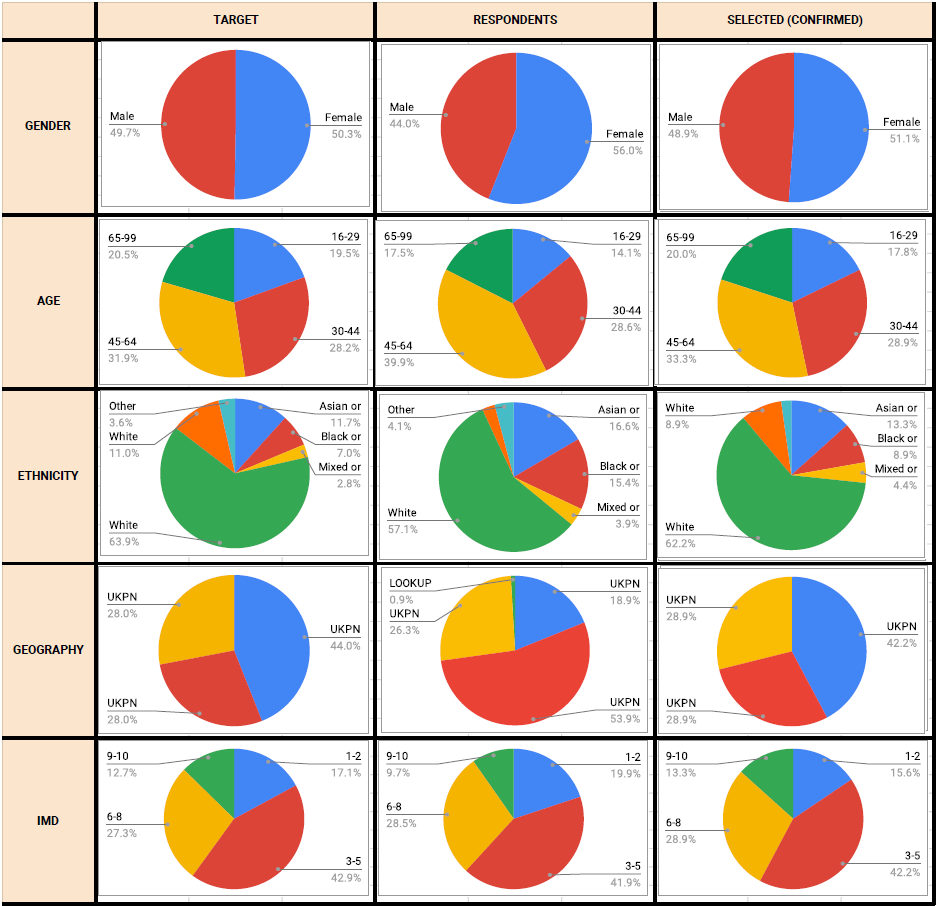