Scots consider the use of health data in fight against covid

On 28 January 2022 we transferred the details of 30 residents of Scotland to the organisers of the Citizens' Jury on QCovid. These 30 people will meet online in February and March 2022 over 6 separate days to consider the question

What are the risks and benefits of using public health data to predict people’s risk of dying from Covid? 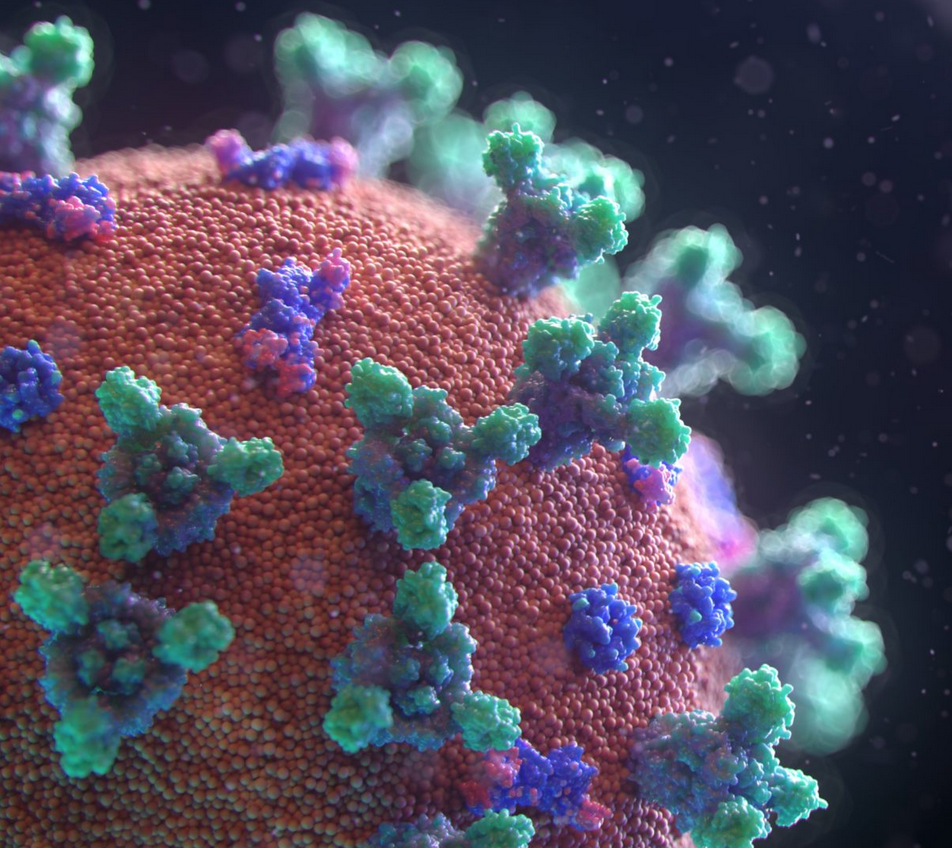 Specifically, the Scottish Government convened the jury because it wants help from citizens to consider the use of a tool called QCovid, which uses health data to support people at high risk of coronavirus. QCovid is an online tool that works out how at risk people are from coronavirus, based on things like age, ethnicity, weight and various health conditions.

Sortition Foundation was tasked with recruiting these 30 jury members. We worked with Ipsos Mori Scotland  to achieve this. Below we briefly describe the details of this recruitment process; the process followed our standard two-stage sortition template in conformity with the OECD's good practice principles for deliberative processes for public decision making.

We randomly selected 6000 addresses from across Scotland (200 addresses for every one of the needed 30 jury members). Each of these addresses received a letter in the post inviting residents to sign up as potential members of the climate assembly. We have learnt from past experience that people who live in more deprived areas tend to be less likely to respond to invitations of this kind, hence the random selection was weighted as follows: 80% of the addresses were chosen from the whole of Scotland; 20% of the addresses were chosen specifically from more deprived areas of Scotland. A map showing the 6000 addresses is here: 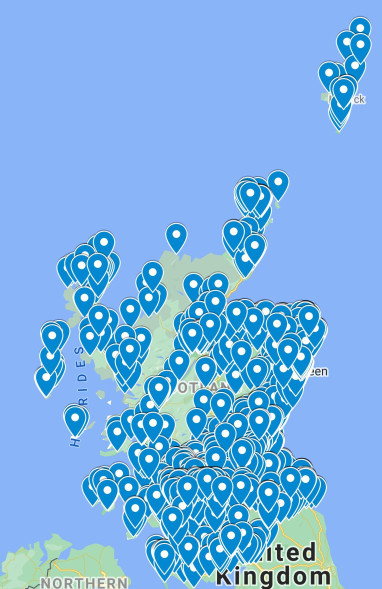 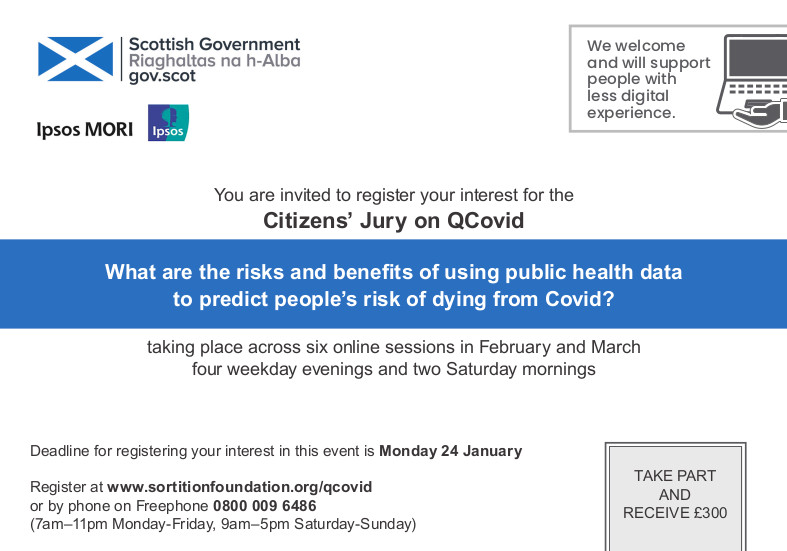 All participants in the climate assembly received £300 in recognition of the considerable time and energy that the process required of them. Invitations were open for 2 weeks and at the end of this time 265 people had signed up as potential jury members.

As part of the sign-up procedure, all potential participants were required to share some basic information about themselves. We asked them to share their address, their date of birth, their gender and their ethnicity. We also asked if they describe themselves as having a disability. Finally, we asked "How comfortable or uncomfortable would you be about the Scottish Government having access to your personal health data?" This question was asked to ensure that there was a wide range of starting opinions about the specific subject that the jury was tasked to consider.

We then used this information as input into a "sortition algorithm"; this is a process of randomly selecting our 30 jury members from the pool of 265 potential members in such a way that we have a representative sample (so, for instance, the age profile of jury members is broadly similar to the age profile of the Scotland population as a whole). The algorithm that we used is the fairest possible.

In addition to the information about gender, age, ethnicity, disability and attitude to personal data mentioned above, we also used the address of each respondent to hit one further target: 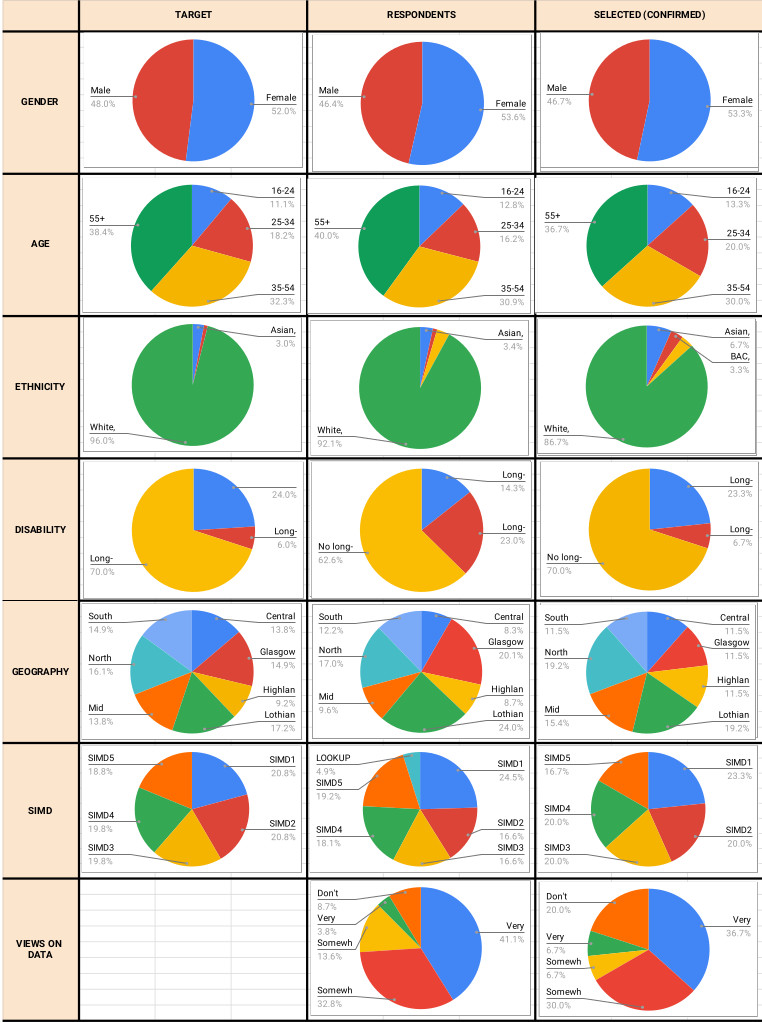 These particular pie charts have a few characteristics that warrant some extra comment: