Scotland calls for a "House of Citizens" 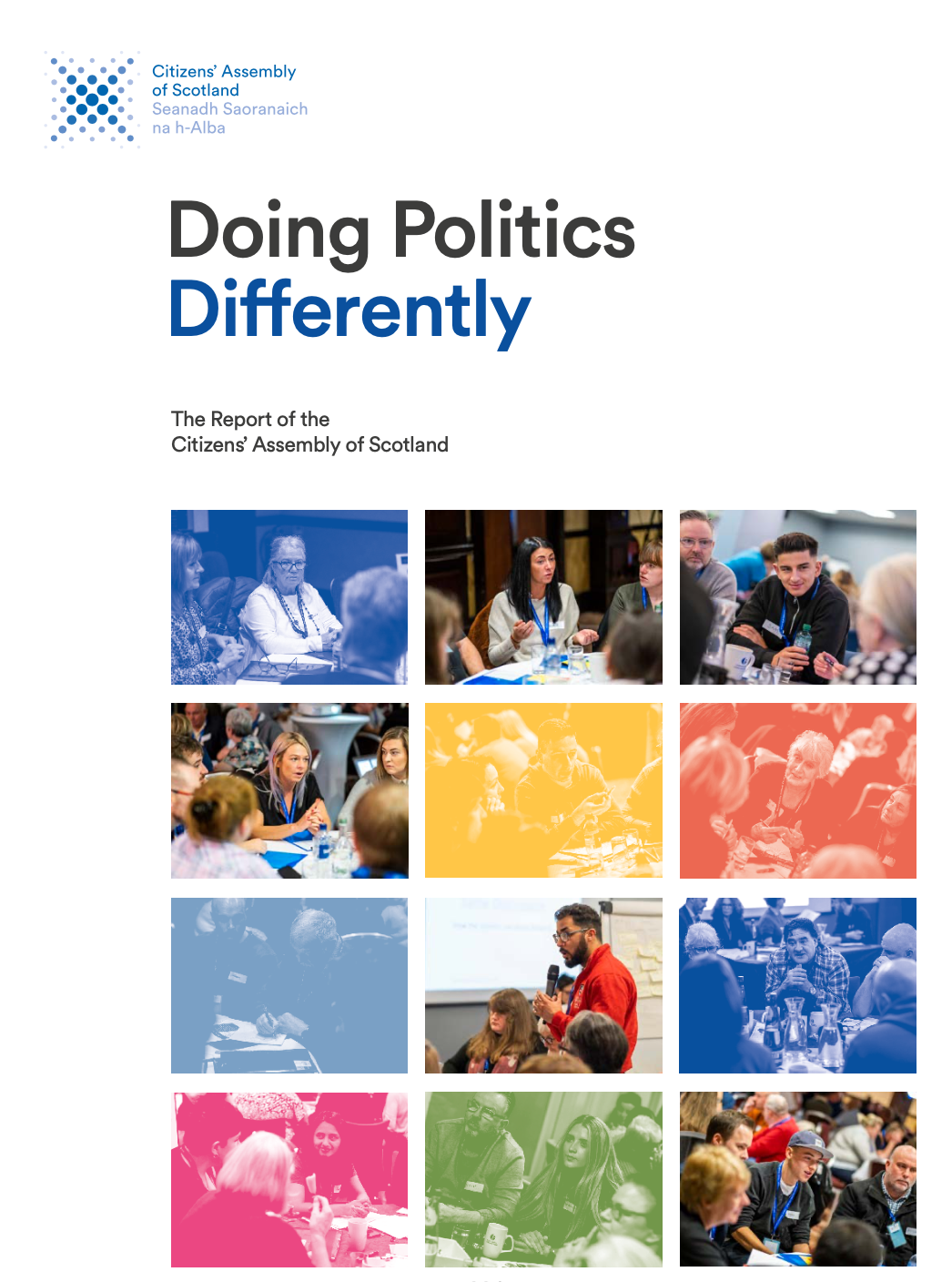 The Citizens' Assembly of Scotland on the future of Scotland (with the tagline: Doing Politics Differently) published its report in early December, 2020. The most exciting recommendation, from our point of view, is the call, supported by an overwhelmingly majority of assembly members (83.5% support), that the “Scottish Government and Parliament should: set up a ‘house of citizens’ to scrutinise government proposals and give assent to parliamentary bills”.

Which is precisely what we're campaigning for, and detailing the whys and how, in our publication "A House of Citizens for the Scottish Parliament". The petition we launched, in conjunction with our partners, has received favourable press coverage and almost 1500 signatures - it looks to us like a movement demanding real democracy in Scotland is gaining momentum.

We look to the future with hope and optimism that out of these unprecedented times a new democratic flourishing will occur!