In early May we selected 15 residents of Sydney by democratic lottery for the Sydney Harbour Bridge Community and Bike User Group (CBUG). These 15 people met together on Saturday 14 May and Saturday 21 May to consider the question

What is the best design of the Sydney Harbour Bridge Cycleway? 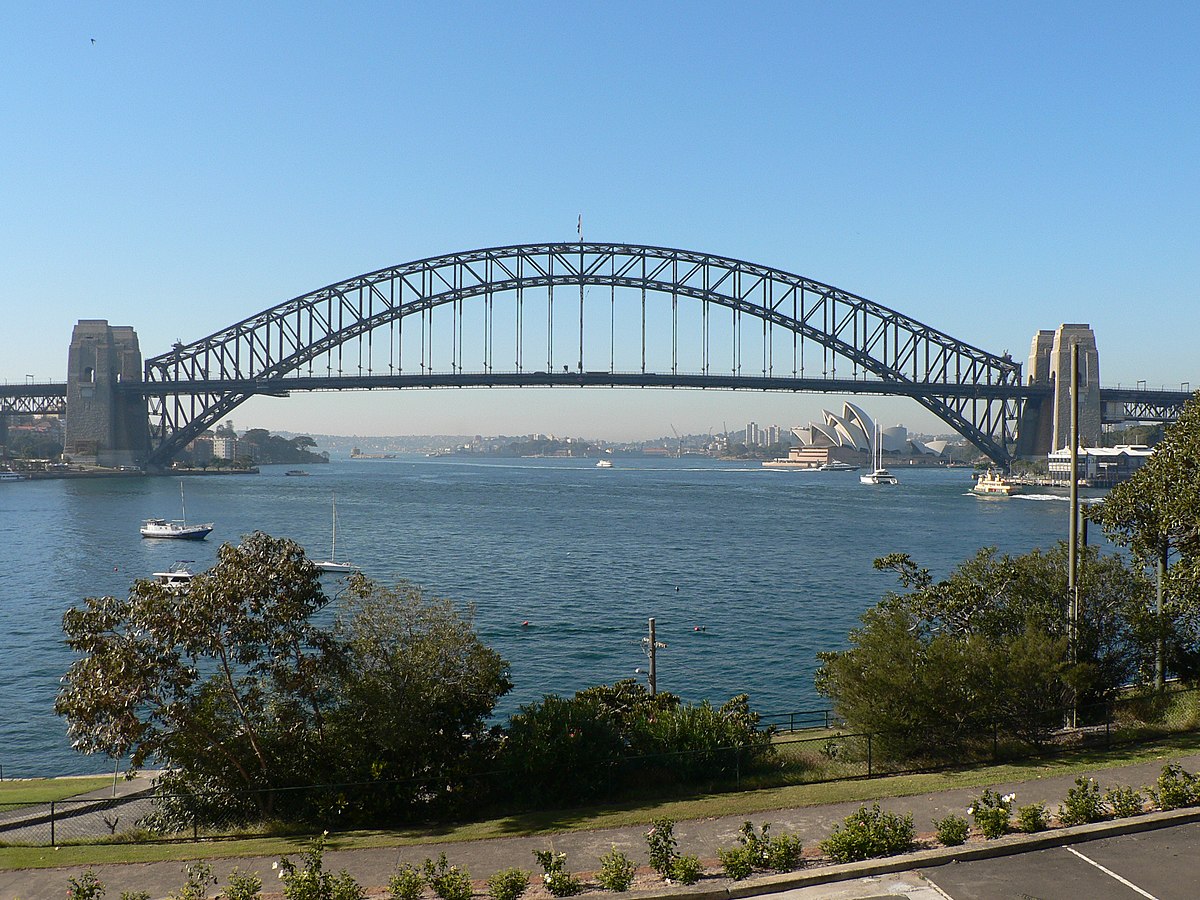 The Sydney Harbour Bridge cycleway is the only cross-harbour bike route in the eastern city. But 55 steps at the north end prevent many from riding across the bridge and are a barrier to making the shift from cars to bikes.

To solve the problem, Transport for NSW is proposing to build a bike ramp at Milsons Point. A design concept has been developed by a team of leading architects, urban designers and active transport experts following a design competition.

Many people have long advocated for the project, but others are concerned about its possible impacts. The aim of this panel is to make sure the project benefits everyone.

Sortition Foundation was tasked with recruiting these 15 panel members. We worked with Transport for NSW to achieve this. Below we briefly describe the details of this recruitment process; the process followed our standard two-stage sortition template in conformity with the OECD's good practice principles for deliberative processes for public decision making.

We randomly selected 4,500 addresses from a 7.5 km radius around the northern access point, weighted 2:1 towards people living closest to the access point (a total of 300 addresses for every one of the needed 15 panel members). Each of these addresses received a letter in the post inviting residents to sign up as potential members of the Group. 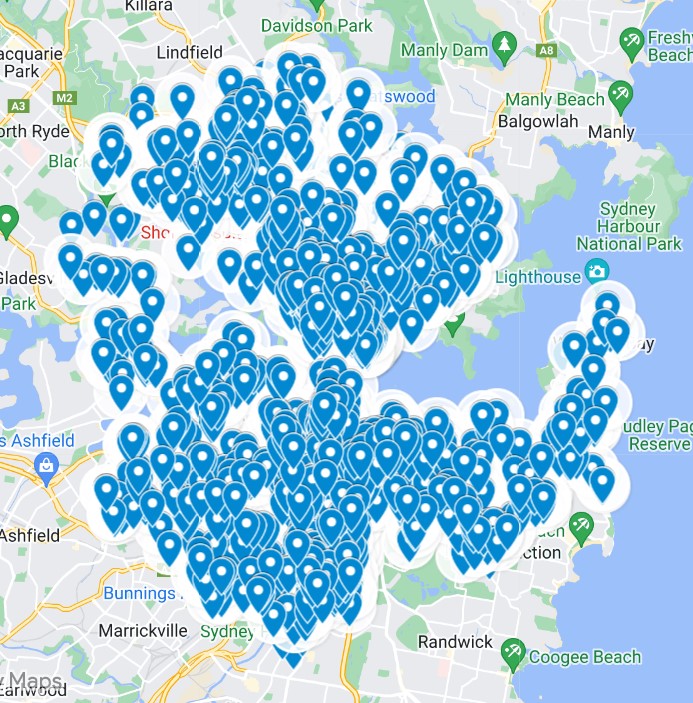 The invitation included the following "aerogramme style" triple-fold invitation (click on the image to see a pdf version): 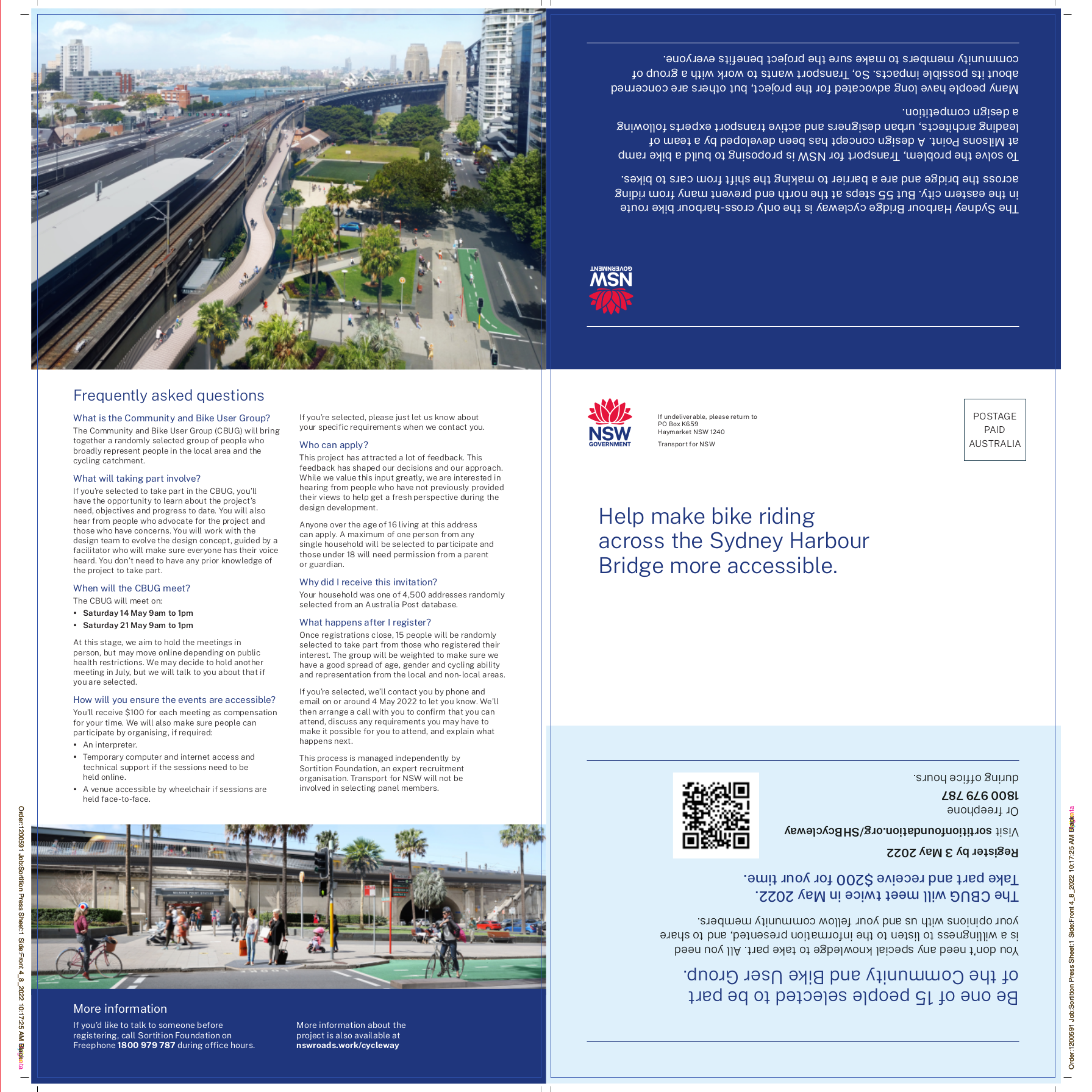 All participants in the Design Panel received $200 in recognition of the considerable time and energy that the process required of them. Invitations were open for 2 weeks and at the end of this time 54 people had signed up as potential panel members.

As part of the sign-up procedure, all potential participants were required to share some basic information about themselves. We asked them to share their address, their date of birth, their household type (the presence or otherwise of young children and/or older children) and their gender. We  asked if they describe themselves as having a disability and we asked two questions about their use of "micromobility devices": first, if they used such a device (bike/ e-bike/ scooter/ cargo bike) and second, how often they used these devices. These questions were was asked to ensure that there was a wide range of starting opinions about the specific subject that the assembly was tasked to consider.

We then used this information as input into a "sortition algorithm"; this is a process of randomly selecting our 25 panel members from the pool of 55 potential members in such a way that we have a representative sample (so, for instance, the age profile of jury members is broadly similar to the age profile of the UK population as a whole). The algorithm that we used is the fairest possible. 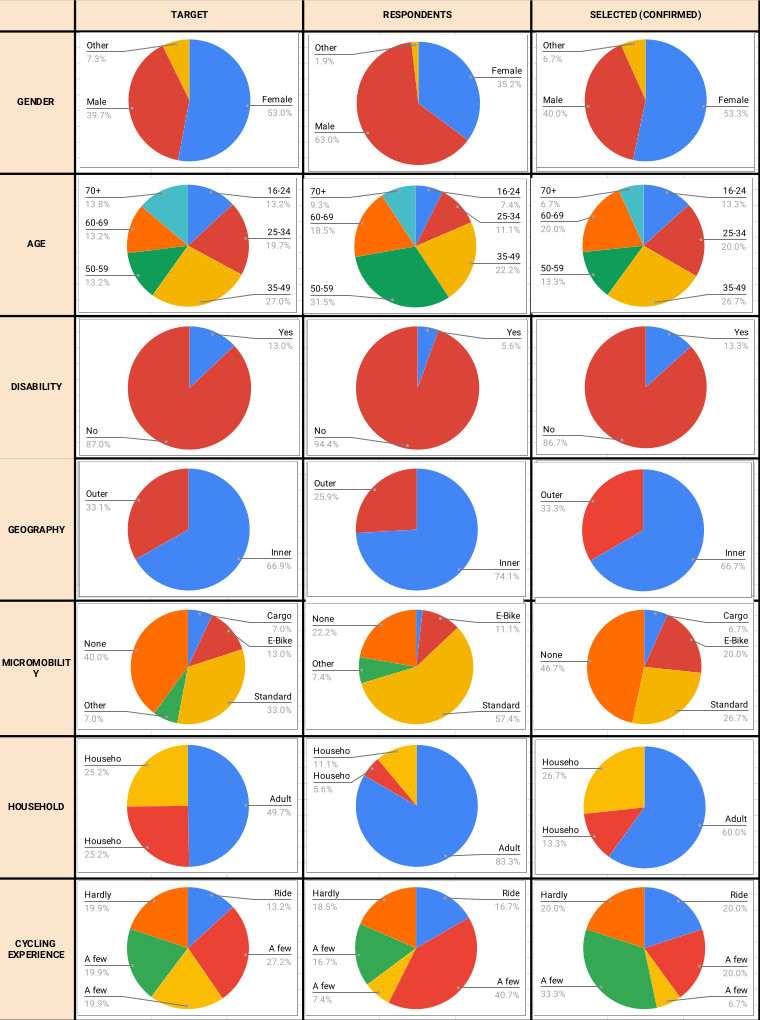