Thousands join call for a House of Citizens in Scotland 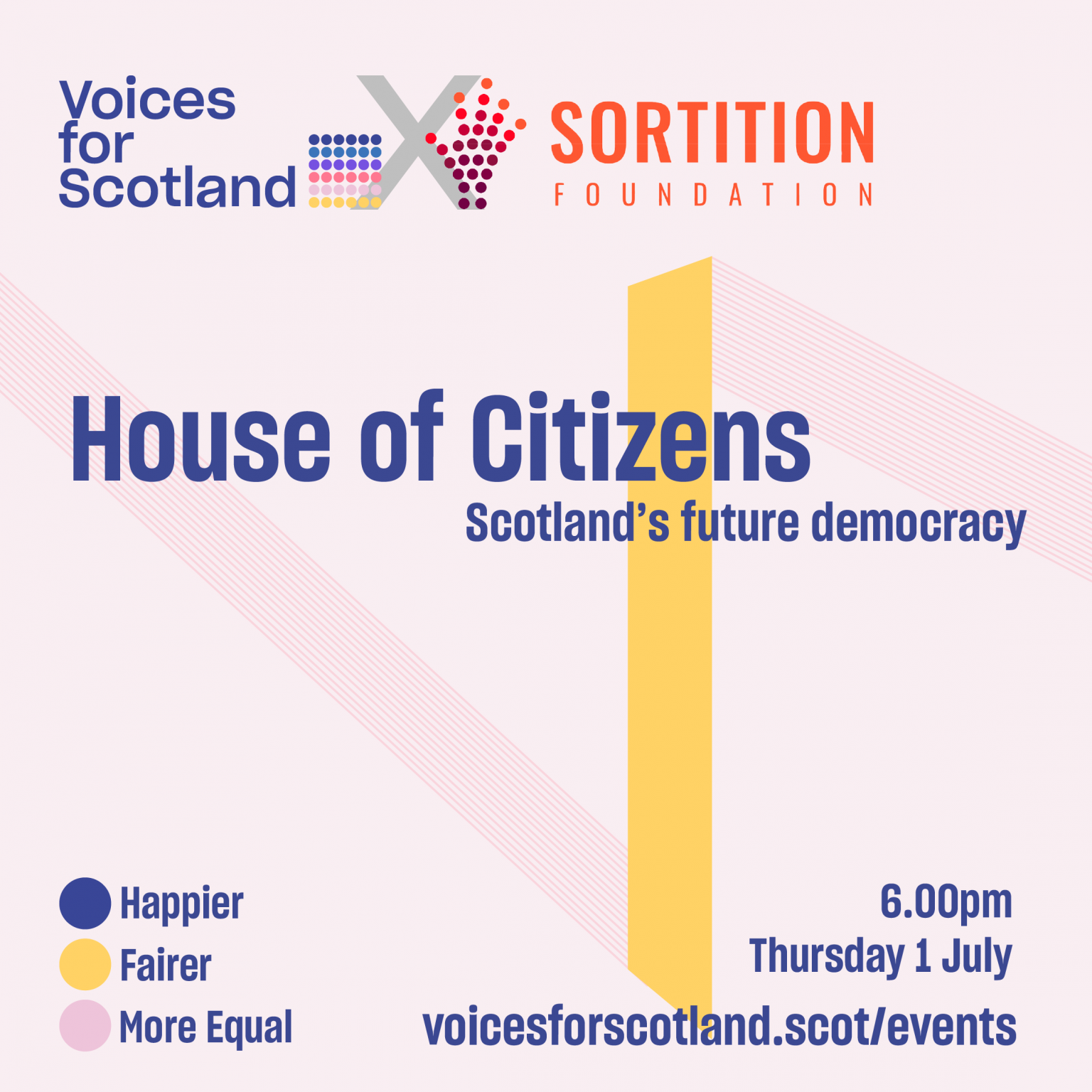 In May we launched our campaign with ERS Scotland, the RSA and Common Weal to see a House of Citizens in Scotland. Since the launch, we have seen the campaign go from strength to strength.

This week the campaign received positive coverage in The National, The National on Sunday, and the National again; and The Scotsman and The Morning Star. The articles reported on the thousands that have watched our campaign video and signed the petition calling for a House of Citizens.

In further news, we will be hosting an event with Voices for Scotland, a leading civic organisation in Scotland, on Thursday 1st July. The event will provide key information about the campaign to people across Scotland, as well as providing space for discussion. Register here to join us on 1st July.

Finally, have a listen to the fantastic Common Weal policy podcast as the campaign features on this episode with ourselves and ERS Scotland. The episode explores the progress in realising a citizen-led second chamber in Scotland, and how that has changed over the last few months.