Over the last few months, our campaign with Electoral Reform Society Scotland to create a citizen-led second chamber, a ‘House of Citizens’, has continued to go from strength-to-strength. 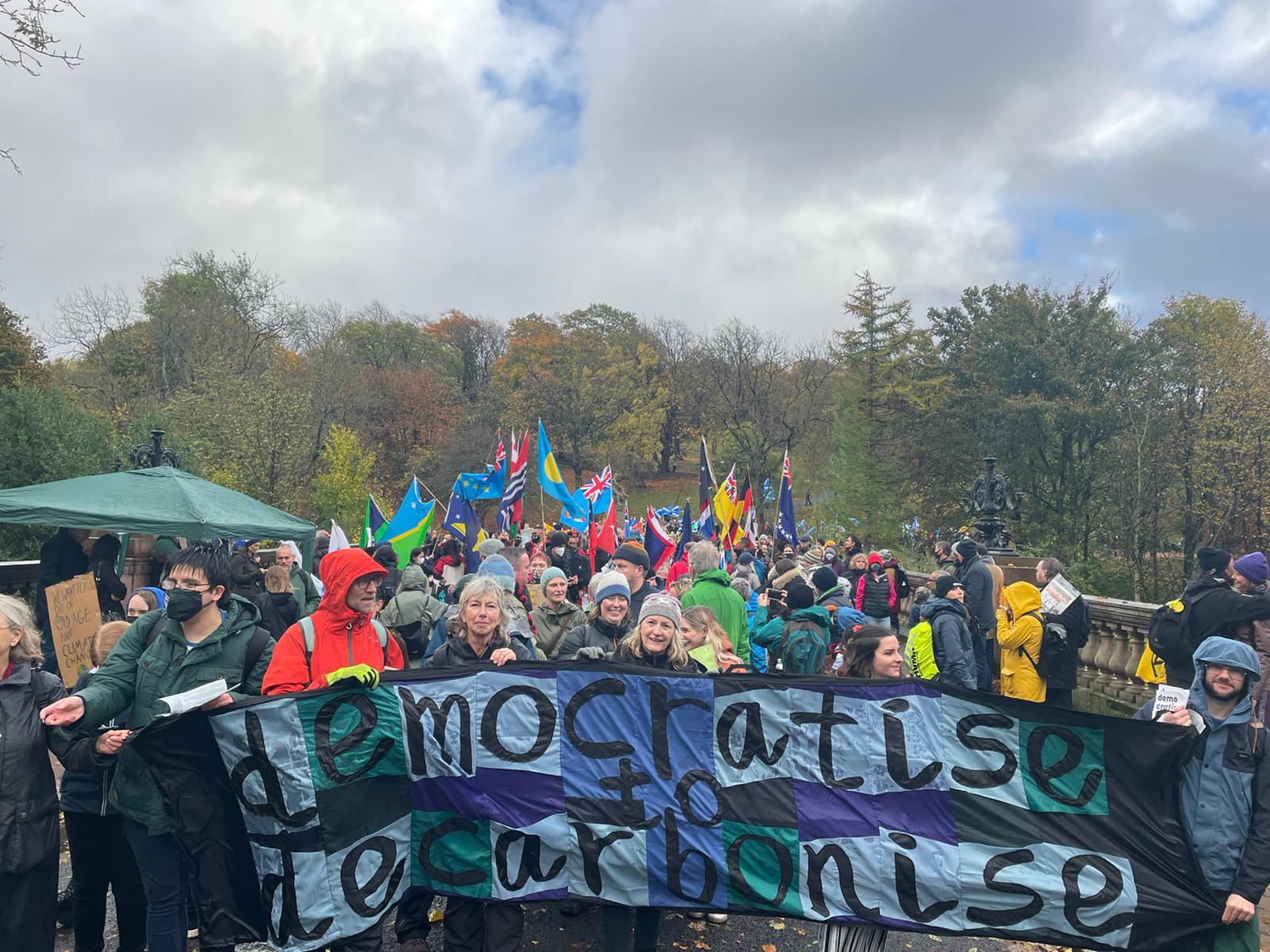 Also, in late October and the beginning of November we worked with leading democracy organisations from across the UK to establish the link between the need for democratic reform to enable effective climate action: we must democratise to decarbonise. Alongside Compass, Electoral Reform Society, Make Votes Matter and Unlock Democracy we called for a binding UK-wide citizens’ assembly on democratic reform. Together we engaged with people in Glasgow and London and organised an event in the heart of COP26 in Glasgow.

In November the Scottish Government released their official response to the Citizens’ Assembly of Scotland. Although we were pleased to see that a House of Citizens continues to be considered by the Government, further campaigning work is obviously needed to make this a priority area. In their response, the Scottish Government highlighted the efforts of the expert working group that is exploring institutionalising deliberative and participative democracy in Government; their report is due out in December, so watch this space!