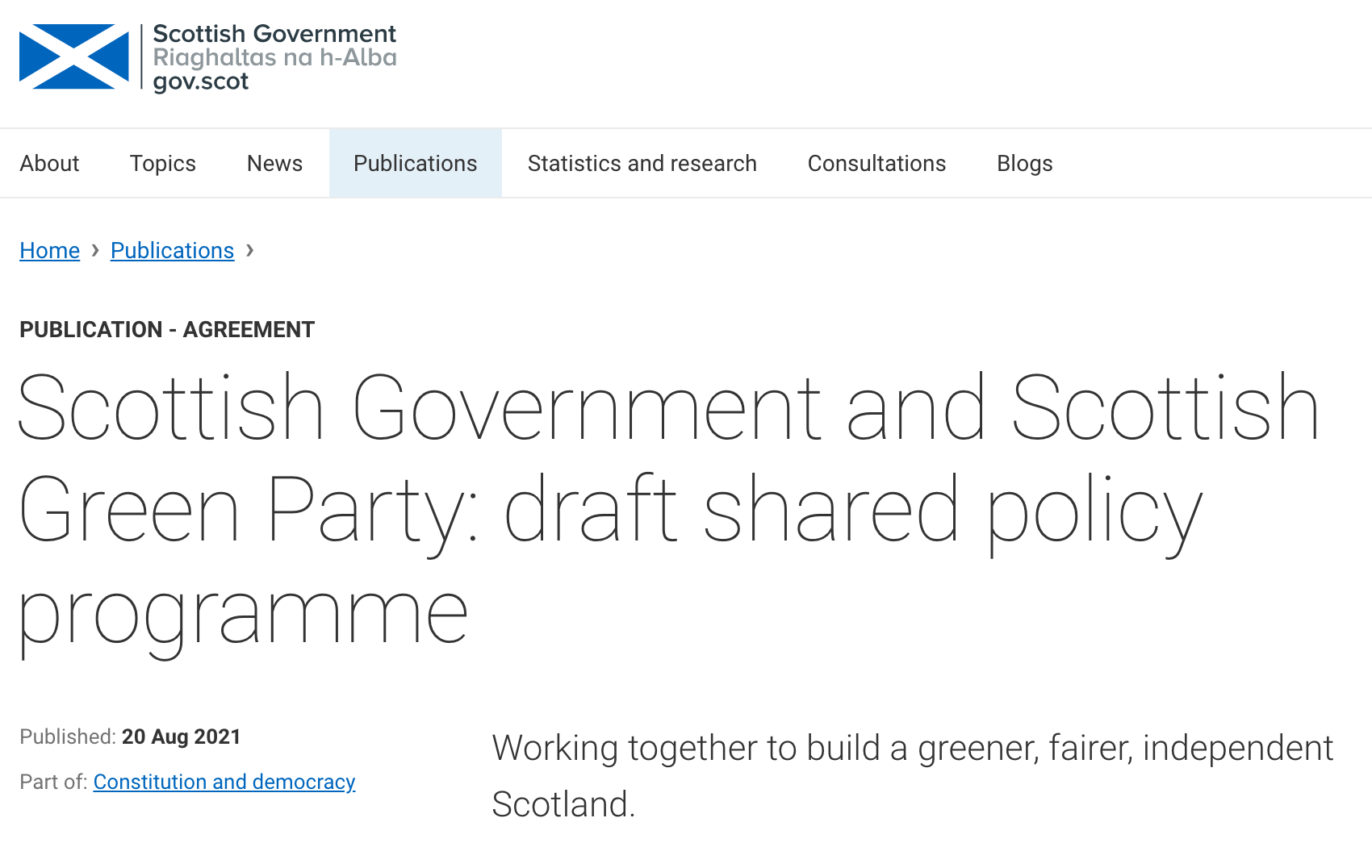 The Scottish Government has reached an historic agreement with the Scottish Green Party, creating a draft shared policy programme. Over the next few days members from the SNP (party of Government in Scotland) and the Scottish Greens will discuss the merits of the agreement and vote on whether to go forward. We are delighted to see citizen participation feature within the policy programme, with a commitment to Citizens' Assemblies and initiatives that involve the people of Scotland in decision making.